Last weekend was fantastic. One more line struck off my to-do list. I had the chance to build my first desktop. While this isn’t a post about how to choose the best PC parts, I’d still like you to know the parts I picked, for my rant to make sense.

Most of the choices were obvious. Though I could’ve gone with the latest Ryzen 3000 series CPU, I didn’t know how well the support was. Also, since I am yet to figure how I’ll be using this CPU (definitely not extensive gaming) I didn’t want to burn all my cash for a top-of-the-line costly choice, when I had a cheaper alternate(Ryzen 2000s) that more than compensated for what I would want. Price point is also the reason I went with AMD than Intel. Motherboard, ironically is a gaming motherboard which I’m guessing will prove useful if and when I plan to upgrade the parts. NVMe based M.2 SSD disks are not a luxury anymore. The write speed is consistent between 600-750 MBps which translates to dramatic performance in boot and file access times. Reads touch over 4 Gigs per second, which I’m guessing is a screw up with the script I wrote. Theoretically though they can touch 1GBps.

Power consumption of the CPU came about 220W, for which 450W Corsair SMPS also fit the bill. The one-fucked-up-decision I took was to get a nVidia based Graphics Card!

While I didn’t know earlier that nVidia hated Linux, I definitely didn’t expect the support to be this bad. I didn’t want to compromise on my CPU’s display refresh rate and I made sure I got a graphics card that gave 4k resolution with 60Hz refresh rate.

I flashed my drive with Ubuntu MATE 18.04.2 LTS and all was well until I upgraded my desktop to the latest nVidia 430.26 driver. Even when I was able to set 60Hz refresh rate for 3840x2160 4k resolution, I was seeing my screen getting torn by the subsequent frames that it tried to process. Thanks to nVidia, Freesync(or GSync as they call it) was not supported with HDMI too. After a bunch of experiements, I had to downgrade to a more comfortable QHD 2560x1440 resolution.

MATE Desktop complicates this by failing to detect the window scaling factor. (Setting within the mate-tweak tool.). 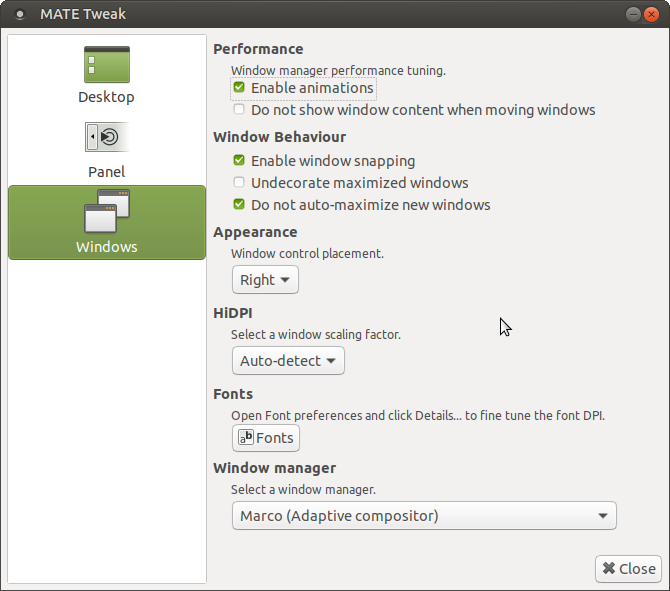 I finally had to resort to manually setting the value within the Apperance dialog. [Reference - Ask Ubuntu - Ubuntu Mate desktop scaling for 4k displays]

This was such a let down. For someone who isn’t interested in playing graphics-heavy games in a Windows machine, the only reason to spend money would be better window graphics. Why is nVidia doing such a fuck-all job with linux support?